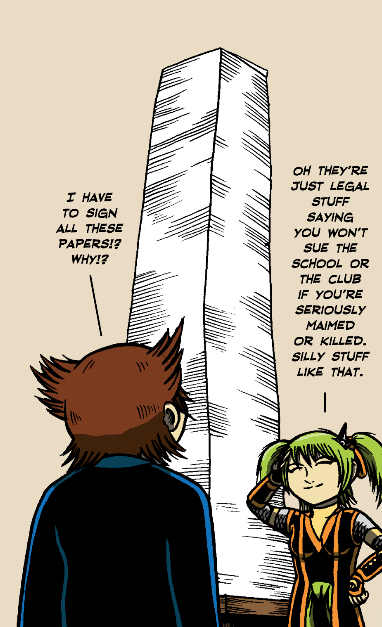 Last time I discussed the early days of my writing career; getting started, idea formulation, and script writing. This time I will begin to touch on how I found my collaboration group. When writing a comic (or anything for that matter), I cannot stress enough how important it is to have an editor.

After about a year of writing, I had three and a half scripts of Ninja Express written. I had proof read them, shown them to friends, and edited and tweaked them myself. Being only a writer, I didn’t know what to do from there.

With no artist and a bunch of scripts collecting dust, I didn’t know what was my next move. Virtually no one in the industry will accept a script only submission. This is mainly due to legal liability but also industry professionals looking for projects want to see a completed work. They don’t want to help you build a team. Having completed work shows that you can do it on your own and that you are a safe bet for them to invest time and money into.

With that in mind I set out to find collaborators.  Unfortunately I didn’t know where to look. New York Comic Con was around the corner and they had just posted their panel information. During the weekend there were going to be several networking panels/ workshops. I went to one called, “Creator Connection” with Buddy Scalera. From what I have seen, there is at least one networking panel at every big anime or comic convention. They are a great place to meet people in person who are looking to collaborate. If you go to one such event, be prepared! Have professionally printed business cards, proofread and typed scripts, and if you are an artist, art samples neatly placed in a portfolio (or organized on a tablet).

I’m going to take a moment to talk about business cards. A person’s business card says a lot about them. It tells the recipient how professionally you view yourself. It is going to be the thing they look at when considering whether to follow up with you or not. So when you give someone a hand made, self cut, blurry, or home printed card, you are telling that person your level of professionalism. The only thing worse than that is having no business card at all. They may seem old fashion to some but they are worth the investment and can be made with high quality relatively cheaply. I always order my business cards from VistaPrint.com. They are inexpensive, high quality and ship quickly. End of ad…

With business cards and script in hand I went to the networking panel. I was still vastly unprepared. Being fresh out of college, I had little money so I hoped to find an artist who’d work for low cost or who would agree to split any theoretical profits. I was also thinking of doing Ninja Express as a web comic and wanted it released at a pace of five pages a week, which was unrealistic due to it being close to a professional level work schedule, one of the artist at the panel was nice enough to point this out.

During the event, I eventually met the person who would be my first editor, Josh Cabrera. He was with a group called Pronto Comics, an indie comic creator collaboration group that was formed at the event the year before. They allowed anyone to join their group and help creators find collaboration partners. They focused on publishing anthology series. Josh would eventually start Manga Nation, the anime/manga anthology that first published Ninja Express. During our first conversation at the event, Josh was very impressed with the organization of my script and invited me to attend Pronto’s monthly meeting the following week.

This was in 2011 or 2012. Back then Pronto would hold monthly meetings in for-rent studios in midtown Manhattan. The meetings would start off with Pronto’s editor-in-chief, Dominic Sparano, recapping the state of Pronto’s projects and other business matters. Then we’d have a few minutes of free time to talk and network with other members. The last part of the meeting would usually involve a guest speaker from the industry imparting some knowledge to the group.

Pronto’s meeting were a valuable resource to me during these years. The networking segments allowed me to become friends and colleagues with fellow creators at my level also creating indie comics. I mentioned before that making an indie comic by yourself can be a lonely process. Having friends doing the same thing helped a lot. We were able to share our experiences, both the successes and the mistakes. Also, just socializing with other creators can lead to new projects with them or someone they know. The saying, “It’s not about what you know, but who you know” has never been more true than it is in the comic biz. I worked on several projects while with Pronto and appeared in a few of their anthologies.

I don’t know where I’d be in my career had I not encounter Pronto at Comic Con. It was through them that I eventually found Ninja Express’ current artist, Drake Tenta. Unfortunately, in recent years they have stopped doing their monthly meetings. Had they not I would have highly recommend anyone in the New York area attend one. I will suggest seeking out writing groups. That’d be the closest you could get to the experience I received from Pronto. To my knowledge there is no other comic collaboration group as open as Pronto was in those years cyrrently active. I tried unsuccessfully to start my own collaboration group a few years back, but  finding an affordable and quiet place for a group to meet where everyone can get to on the same day is no easy task.

A few months after attending my first Pronto meeting I had a sit down with Josh. He had finished reviewing my scripts and wanted to give me his feedback. At first he was hesitant to share his thoughts but I told him to be honest because if there was anything wrong I wanted a chance to fix it now before it was drawn up and too late. So he was, brutally so.

He said the set up took too long. In this version of the script I detailed the establishment of the Ninja Express team from the start. Only my main two characters, Sayaka and Otaki, appeared in the first issue. Emomaru, a character I often receive praise for had not yet been introduced in the three scripts I’d written. He also said that even for a parody series, my characters borrowed too heavy from popular anime. The best example of this was that Sayaka, my lead female ninja, was madly love with Emomaru, the dark, brooding ninja (sound familiar?). I wanted to parody anime, not rip off other creators. They’re were other problems he pointed out too, but these were the two major problems he saw.

Josh was a great editor. He didn’t just point out what was wrong with my script. He told me about all the potential he saw in it, which I needed after having the scripts I spent the last year on torn apart. He also gave me suggestions on how to fix the problems he pointed out. Whenever possible, when giving criticism, try to offer solutions to the critiques you make. It helps leave the recipient less frustrated.

Josh suggested starting off the story with Ninja Express already established and have Otaki join. He said people don’t need a full origin story at the beginning of a story. A reader can quickly grow attached to a character knowing very little about them. Also by having Otaki join I can use the “outsider” trope. The outsider enters the story and is the proxy for the audience. As things are explained to him or her, they are also explain to the reader in a natural manner without slowing the story’s pace.

After the meeting, I came to the difficult decision to start over and rewrite Ninja Express. The first scripts were not a total loss. I learned a lot from writing them and found ways to reuse much of the content in them in the scripts that actually made it into the series. I reworked a lot of my ideas for the series during this time. I learned much about self-editing. I cut out dozens of characters I had come up with, characters I realized added nothing to the story. I also revamped my character Yuki from being Otaki’s semi-recurring little sister who lived overseas to a main character who is now Sayaka’s little sister. She has since become one of my favorite characters to write and her sisterly relationship with Sayaka is now a driving storyline in the series. The biggest change was the plot. Ninja Express went from a ninja delivery service to a ninja highschool club that did odd jobs around town to make money. I kept the name because I was found of it even though it didn’t fully match the concept anymore.

Rewriting Ninja Express was a necessary set back. It kept me from seeking an artist for another few months but the final version of the script was much stronger. When you receive constructive criticism, listen! Evaluate it. If it is valid, don’t be afraid to act on it. The final product will be better for it.

Josh served as editor of Ninja Express only for the first two issues before leaving Pronto but I am forever grateful for the advice he gave me, a lot of which I still use when working on other projects. David Rondinelli took over Manga Nation and editor duties for Ninja Express. Now he gets the pleasure of pointing out the many typos in my scripts. To my credit I think he has ever less to do with each script due to me honing my writing skills. I do want to take this moment to thank him for always making time in his busy schedule to proof read, edit and advise me on Ninja Express.

If you take anything away from this post, take this: find a good editor and listen to him or her! Anything you write, proof read once, and proclaim as perfect, isn’t. You need a second pair of eyes, and when they are telling you something that it is hard to hear, be grateful you have them around to say it.